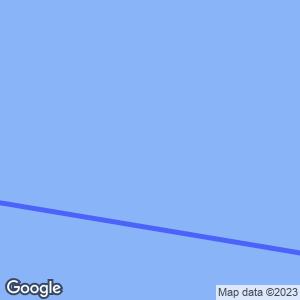 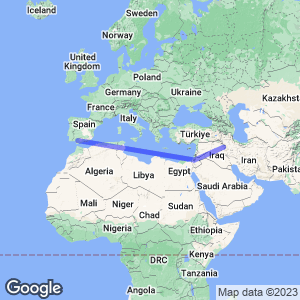 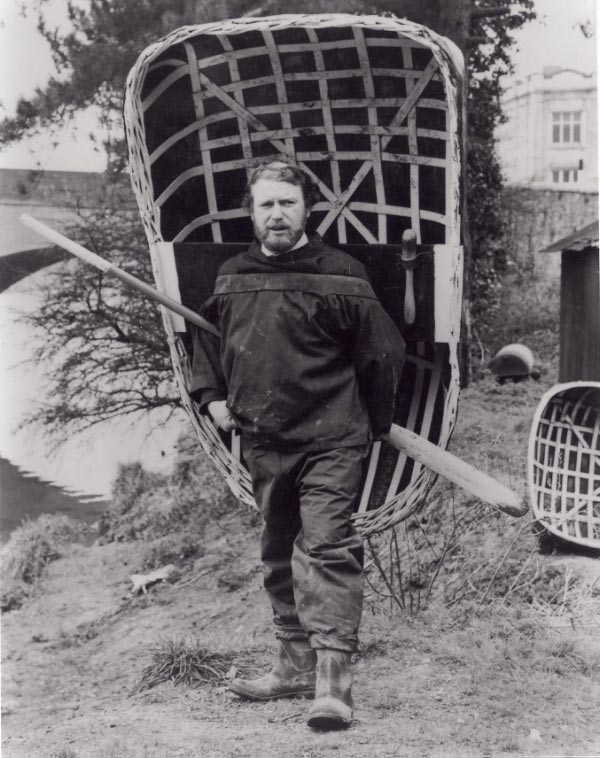 The Tywi coracle is one of the few still in active use today as a working craft. It has a similar design to the nearby Teifi coracle, but its traditional construction had some differences from the Teifi. As described by James Hornell, these were:

The traditional construction of the Tywi coracle was to use ash laths and a woven hazel gunwhale. The number of longitudinal and transverse laths was equal (7 in each direction), with two diagonal laths primarily interwoven with the first four transverse laths in the front of the boat. The seat was supported by a solid bulkhead. The first incarnations of the Tywi coracle were quite long in comparison with other coracles - this design quirk was due to the environment the boats were used in, namely tidal waters. The second incarnation of the Tywi coracle had the woven gunwhale replaced with one made of sawn ash; the woven gunwhale needed basketmaking skills to produce, and these have decreased in recent generations. Today, many Tywi coracles are made with fibreglass. This has been the case since the 1970s; the fibreglass boats are much more durable than their traditional counterparts, in addition to them being incredibly lightweight. This durability is important where the coracles come in to contact with the river bed in areas where the water level is low. In the 1940s the usage of aluminium was also tried, though this didn't proceed beyond one boat - whilst the aluminium craft had the benefits of being rust-proof and lightweight, it was deemed too easily damaged and inflexible.

The Tywi river is one where some of the remaining coracle fishing licences are held, though these continue to be under increasing threat. As such, during the fishing season (March-July for the Tywi), coracle fishing is a common occurrance, though as fishing is done at night it is not necessarily a common sight. Salmon and sewin (sea trout) are what is fished, using nets. An application is in progress with the European Union to have coracle caught sewin and salmon fished from the Tywi, Teifi and Taf rivers designated Protected Geographical Indication (PGI) - a marker that promotes and protects agriculture and foodstuffs closely linked with a particular geographic area. Other examples of foodstuffs with this marker include Melton Mowbray pork pies, Wensleydale cheese and Cornish clotted cream. Fishing takes place using a specialised net drawn downstream between two coracles. At the end of the night, all the caught fish are logged and tagged in accordance with strict licence conditions.

Well known coraclemen William Elias BEM and his grandson Raymond Rees MBE were Tywi coraclers. Both were recognised by the monarchs of their day for their services to coracle heritage and fishing. Raymond was a well respected man, considered a fount of coracle and fishing knowledge. He was until late in his life an active coracle fisherman and sold coracle caught fish in his fishmonger in Camarthen. He is survived by his son Malcolm, an active coracle netsmen, and along with his wife, Julie, and other members of the Carmarthen Coracle and Netsmen's Association, coracle traditions - including fishing - are kept very much alive in the community. They work with local schools and organisations, the wider community and have even entertained royalty - namely Charles, Prince of Wales, on a visit to Camarthen in 2014. They also help organise the annual Camarthen River Festival and have in recent times received grants to produce information flyers about the Tywi coracle and erect information boards at the quayside, to inform both locals and visitors alike of the history and traditions of the Tywi coracle. The Carmarthen Coracle and Netsmen's Association have a very active Facebook page

Some content provided from "Coracles of the World" by kind permission of Sir Peter Badge. Photography credits: Amgueddfa Cymru – National Museum Wales, Carmarthen Coracle and Netsmen's Association, Northcliffe Media Ltd
Missing a credit? Error in our information? Let us know so we can update this