Home » About the coracle » Coracle fishing

This page focuses on coracle fishing on the Tywi (Towy), but is applicable to fishing on the Teifi and the Taf also. We are grateful to the Carmarthen Coracle and Netsmen's Association for writing this content 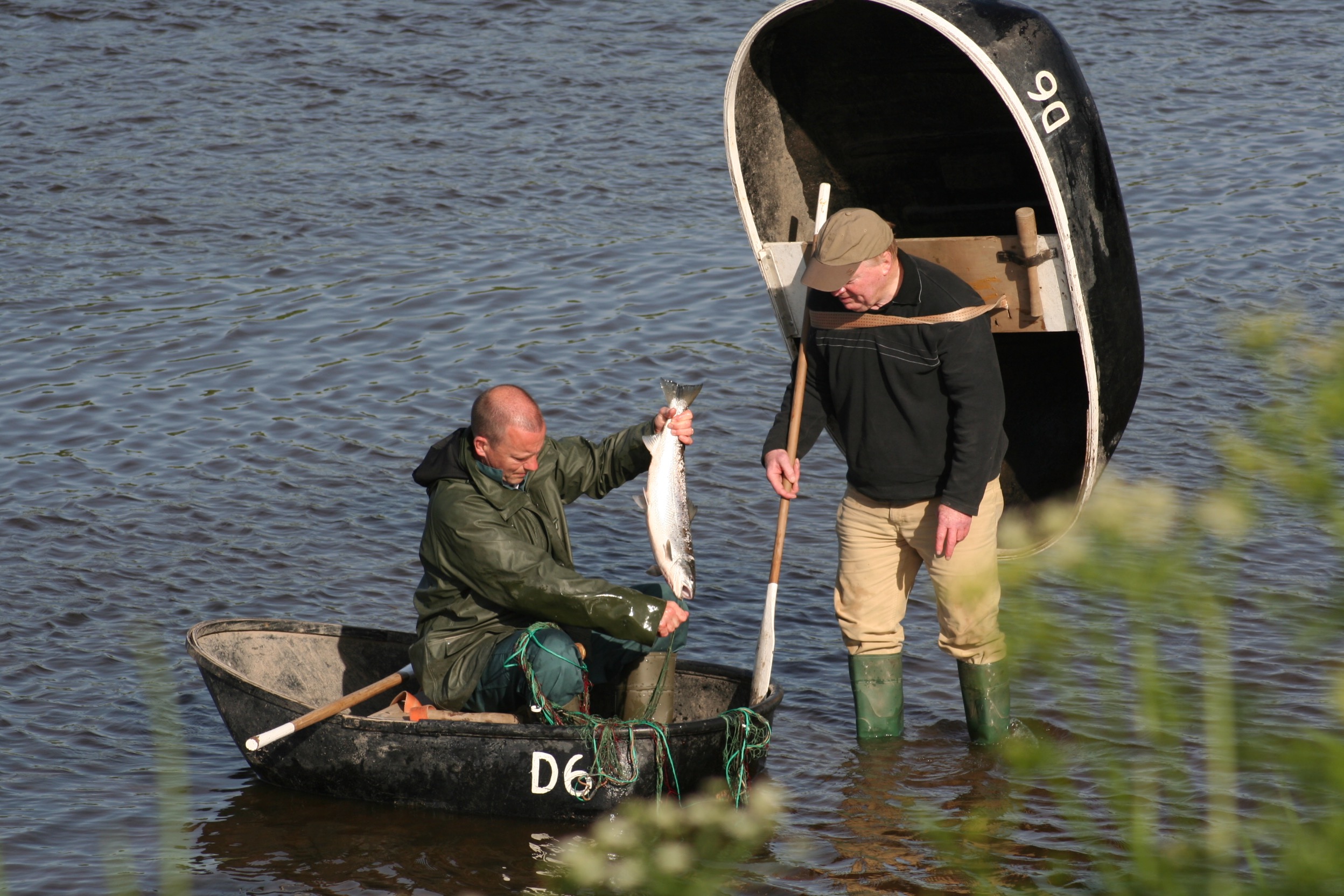 In a Commissioners Report, it was estimated in the 1860s that four hundred coracle men relied on the river. Obviously, the river was unable to sustain this amount of fishing and over the years has seen a dramatic change in the number of coracles permitted to fish. In 1923 The Salmon and Freshwater Fisheries Act put an end to coracle fishing on many rivers and today it is limited to three rivers in west Wales - the Towy, Teifi and Taf.

In 1929, 25 pairs were permitted to fish the River Towy and by 1935 the number of coracles had declined further to 12 with stringent regulations set out. Today, 8 coracle fishing licenses are issued by the National Resource Wales (formally known as The Environment Agency), with its future still uncertain. To protect the tradition of coracle fishing, the Carmarthen Coracle & Netsmen’s Association was established in 1938. The Association have an excellent working relationship and work closely under the guidance of National Resource Wales in an attempt to preserve and maintain the fish stock in our river.

Should you take an evening stroll down by the River Towy, if the weather and river conditions are suitable, you may be lucky enough to see a pair of coracles float gently down river with a net suspended between them. The coracle man will hold the net in one hand and skilfully moving the paddle in a figure of eight motion in the other. As soon as a fish in caught, which many have described as a 'silent noise travelling from the fish, into the net and up into the fisherman's arm', the two coracles are drawn together by pulling at the net. Sewin (sea trout) or salmon being the chosen catch.

The fishing season commences on the 1st May and finishes on the 31st July. Salmon can only be caught from 1st June-31st July. New regulations came into force in recent years, reducing the fishing season length and making salmon catch and release only. Fishing is not permitted on weekends and is done mostly at night – not because they can hide their catch as most think, but the reason is quite simple, the fish will see the shadow cast by the coracle in daylight fishing and the net visible in clear daylight water.