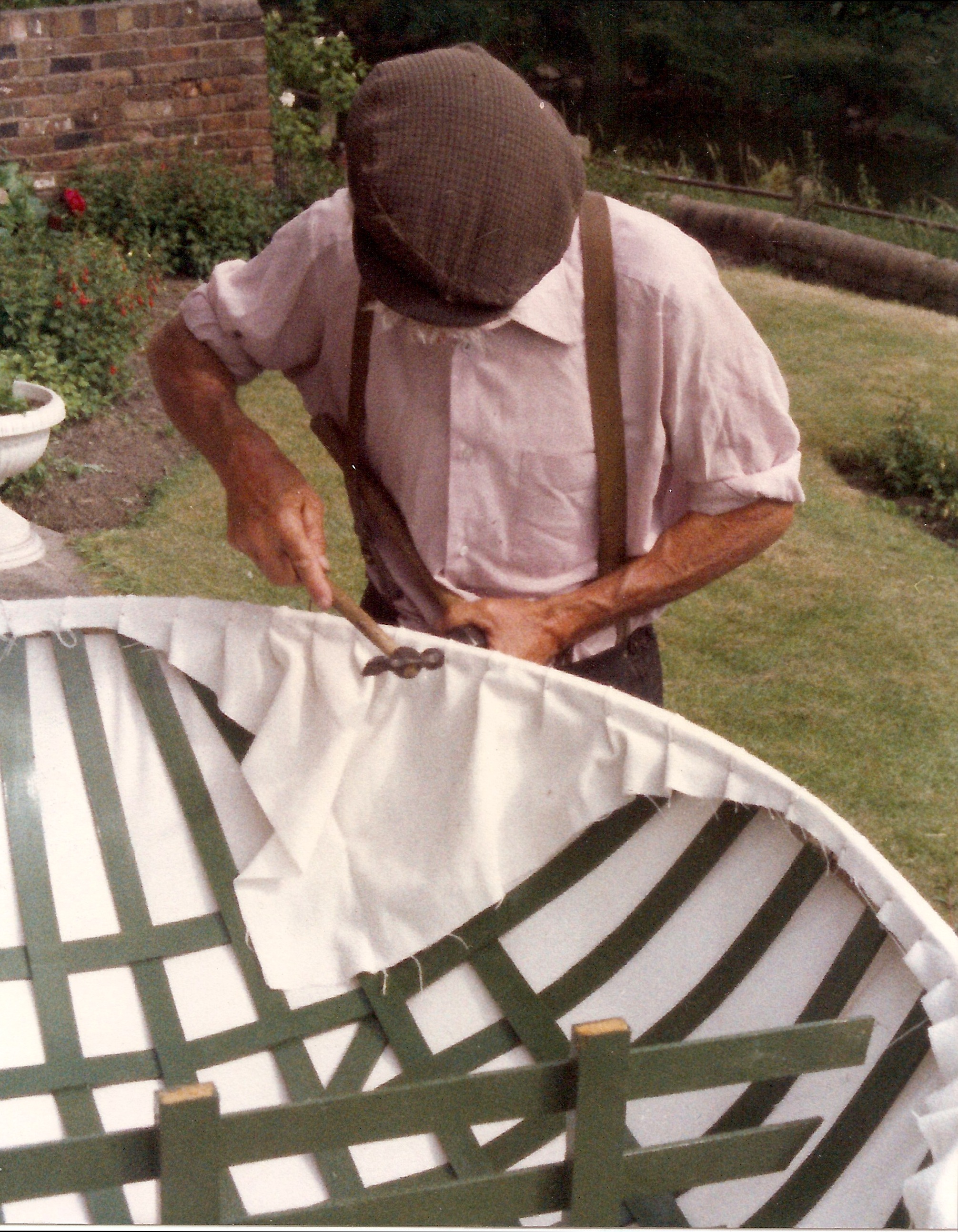 The Ironbridge coracle is a coracle type used on the River Severn in Ironbridge, Shropshire. The Rogers family are probably the most famous coraclemaking family, with the family making coracles in their hut on the banks of the River Severn under the shadow of the Iron Bridge for generations, until the death of Eustace Rogers in 2004.

The Ironbridge coracle is a bowl shaped craft and has been used for a variety of uses throughout its history, including transportation and fishing - both using nets and eel or night lines. They were also used for securing driftwood, removing felled timber from the river during times of flooding to prevent danger if left to float downstream.

In terms of transportation, coracles provided a necessary resource for crossing the river for people to go about their day to day without travelling considerable distances to reach a bridge and paying a toll for convenience of using it. Indeed it was a common sight to see coracles stabled outside residences in the area when they weren't being used - as described by James Cornell "... [nearly] every villager had his own coracle, hung in a tree when not in use..."

The Ironbridge today enjoys a healthy existence. Coracle making courses continue at Small Woods (formerly the Green Wood Centre) just outside the village of Ironbridge, which have until recently been provided by Terry Kenny. These courses were started by the late Fred Davies of Shrewsbury. The Ironbridge and Shrewsbury coracles tend to be the staple of coracle making courses; as a vessel, they are simple craft for beginners to make and ideally suited for first time coraclers on the water.

The Green Wood Centre also helped reinstate the annual Ironbridge coracle regatta - held August Bank Holiday Monday - which had come to an end in the 1930s. The Ironbridge Gorge Museum Trust has been very supportive in promoting the local coracle and the Rogers family, and the newly formed Ironbridge Coracle Trust has taken on the role of preserving and restoring the Rogers family hut in Ironbridge, building an archive on the life and work of the Rogers family and from 2015, organising and running the annual Ironbridge coracle regatta. The Coracle Society and its members have supported the endeavours of the Ironbridge Coracle Trust through publicising its cause and fundraising for the Rogers hut project and grant applications and will continue to do so as the project unfolds.

Some content provided from "Coracles of the World" by kind permission of Sir Peter Badge. Photography credits: Trevor Bagley, Dave Purvis, Euan Raffel, Jude Walker
Missing a credit? Error in our information? Let us know so we can update this