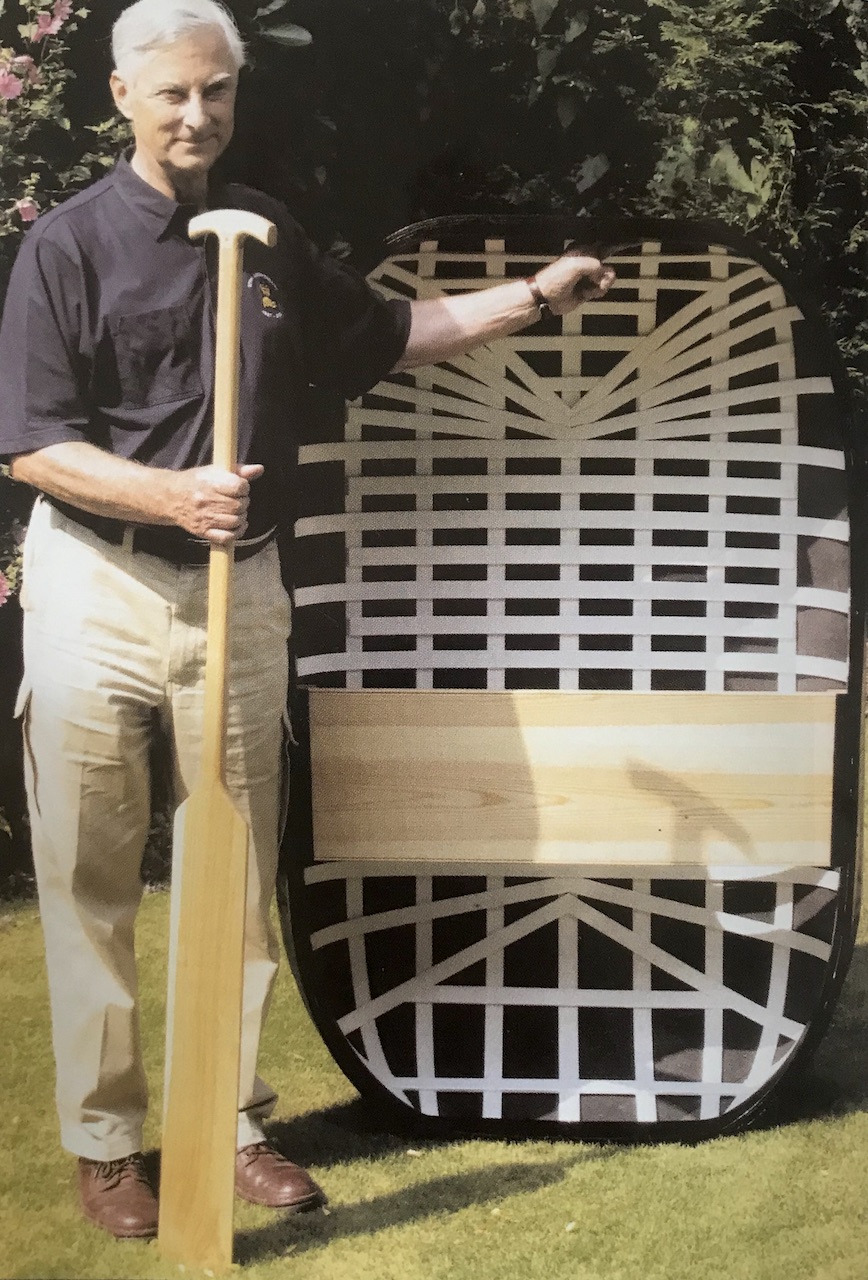 It is with great sadness that the Society announces the loss of Sir Peter Badge, who passed away peacefully on Thursday 29th October 2020. Sir Peter was the founding Chairman of the Society, before holding the office of President from 1997 until 2015.

Sir Peter founded The Coracle Society in June 1990, following proposals in the late 80s to double coracle net licence fees. It was noted in the Times newspaper in December 1987 that the Towy coracle netsmen were ready to abandon net fishing if this act was successful, but thanks in part to the vocal and public concern over the matter, this did not happen.

In the first Society Journal in 1990, Sir Peter wrote the following about this threat to the netsmen: "It did, however, alert people to how close they had come to losing a precious and irreplaceable part of our national heritage because, of course, coracles have an unbroken line of descent from pre-Roman times to the present day. It was this principally which led to the formation of the Coracle Society in June of this year."

Sir Peter's love of coracles started in the 1940s when as young schoolboy, he saw a coracler fishing from his upper Dee coracle in the Llangollen area. His interest in coracles was revived in 1981 when his wife Mary bought him his first coracle - a Teifi coracle made by the late Bernard Thomas - for his 50th birthday. The rest, as they say, is history.

Sir Peter's knowledge and passion for coracles knew no bounds. Sir Peter travelled and researched extensively, and spent many hours in conversation with coraclemakers. He was always hugely supportive of the Welsh coracle netsmen, campaigning against changes to net bylaws that are detrimental to their ways. It was always a delight to chat with Sir Peter and those who had the honour will certainly treasure those times with him. In the foreword to Sir Peter's 2009 publication "Coracles of the World" - a must have resource for anyone with an interest in coracles - John Williams Davies sums up Sir Peter's contribution to the coracling world quite perfectly:

"This book is the product of a lifetime's fascination with coracles and the culmination of three decades of scholarly and original research on the part of the author. No-one is better qualified to write on the subject than Peter Badge. Not only has he an unsurpassed knowledge of coracles and related craft throughout the world, but he is also an experienced and highly skilled coracle-maker and handler. As the founder and driving force behind the Coracle Society he has also done more than anyone to popularise coracling as a leisure activity. His own fine collection of coracles, which includes examples of virtually every known type, is on public display at various venues around the UK. He has also been a tireless campaigner on behalf of the rights of the few remaining Welsh coracle-fishermen to continue to practice their ancient craft."

Martin Fowler, one of the Society's vice presidents and owner of The National Coracle Centre in Cenarth, said this morning, "Without Sir Peter Badge there would not have been a Coracle Society and [he] was fundamental in setting up The National Coracle Centre here in Cenarth, which I have had the pleasure to run for the past thirty years. His passion and dedication to the Society will always be remembered and he will never be forgotten."

The Society will be forever grateful to Sir Peter and we will miss him dearly. Our thoughts and condolences are with his wife, Lady Mary Badge, and his family.